Skip to content
News Press Releases In The Media 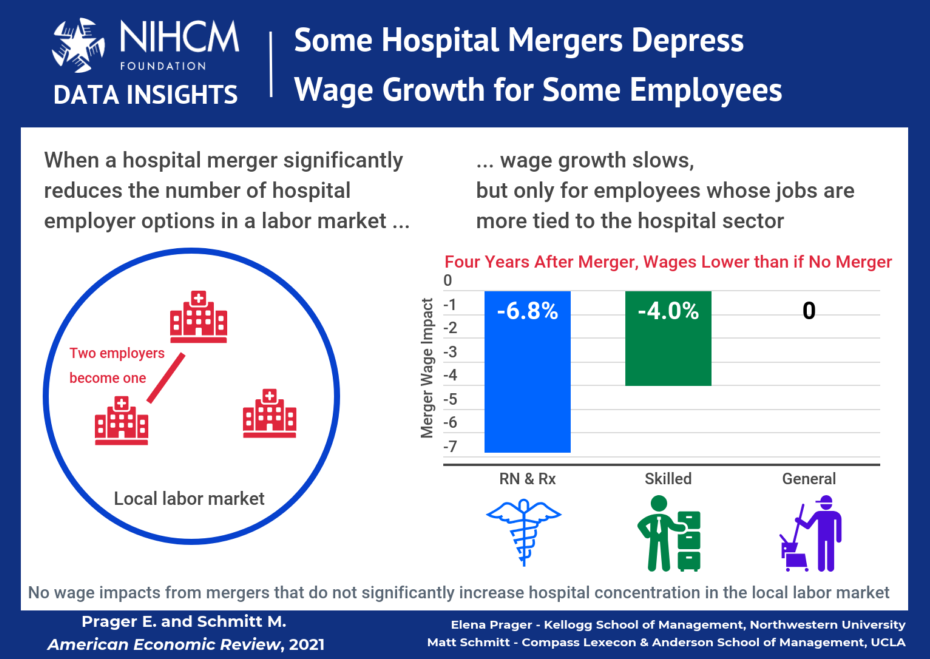 Investigations into hospital mergers have focused on whether mergers lead to anticompetitive behavior that may limit patient access to care or raise prices for services. The Federal Trade Commission, Department of Justice, Congress, and other experts have recently expressed interest in whether the mergers may also hold down employee wages.

A new study by Elena Prager, PhD, from Northwestern University and Matt Schmitt, PhD, from the University of California Los Angeles, is the first to look at the labor market impact of hospital mergers. The researchers found:

Overall, the findings support the idea that merging hospitals can gain labor market power over some categories of workers and suggest that labor market considerations may be a warranted addition to the antitrust merger review criteria used to identify mergers with potentially detrimental impacts.

Hospital Mergers and the Unrealized Promise of Better Quality

What Is Driving Price Variation in Private Health Insurance?

Back to All News