After Changing Insurance Carriers, Do Patients Change Physicians and Use Emergency Departments More?

Health insurance exchanges are intended to encourage consumers to shop annually for the health plan that best meets their needs, resulting in a high potential for plan switching. Such transitions can affect the stability of patient-physician relationships and subsequent health care use, particularly in an environment where provider networks vary from plan to plan. This study documents how changing from one insurer to another in the Massachusetts health exchange affected patients’ use of physicians they had not previously seen and their use of emergency department (ED) visits.

Continuously insured patients may need to change which physicians they use after changing insurers. The impact of the insurance change dissipates over time as patients establish ongoing relationships with new providers. The temporary increase in ED visits coinciding with a change in Medicaid carriers suggests that these patients are uncertain about where to seek care during the transition period and might benefit from improved guidance from carriers.

The study population is drawn from non-elderly adults in Massachusetts who were continuously insured during at least three years from 2010 to 2013. Each person’s index insurer was identified as of January 2011 and those changing insurance carriers during the next two years were tagged as switchers. Propensity scoring was used to create a matched sample of more than 632,000 switchers and non-switchers, and difference-in-difference models were estimated to assess the impact of insurance switching on monthly rates of visits to new PCPs, new specialists and EDs in the year after the switch. Models controlled for comorbidities before the insurance change; a measure of socioeconomic disadvantage in the patient’s geographic area; patient age and gender; plan type; and employer size and self-insurance status for those with private coverage. Several subgroup and sensitivity analyses were conducted to investigate the robustness of the results. 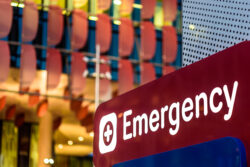