Can We Curb High Health Care Spending by Focusing on End-of-Life Care?

One quarter of annual Medicare spending is for beneficiaries in their last year of life, a fact that often leads observers to conclude that much of this spending is wasteful and that we could better control high health care spending by being more judicious with end-of-life care. But of course, to reduce wasteful spending in patients at the end of life, we would need accurate predictions of which patients will die and when. This study takes a closer look at the potential for eliminating wasteful spending at the end of life by examining spending for those who were expected to die soon and those who actually died.

To improve the value of our health care spending, it is necessary to assess how specific interventions affect quality of life and overall survival, all the while allowing for patient preferences regarding treatment decisions. The difficulty of predicting who will die, and when, means that for most patients the end-of-life period is known only in retrospect. While spending for people who die is very high, many sick patients also have high spending but survive. Furthermore, only a small share of overall spending is for people who have a very high probability of dying soon.

This study applied machine-learning techniques to Medicare claims data from 2007 for a random sample of Medicare beneficiaries to predict each beneficiary’s probability of dying in 2008, then analyzed spending by ex ante (predicted) mortality and by ex post (actual) mortality. Two spending measures are considered. The first looks backward from the date of death in 2008 and aggregates all spending incurred during a specific time period prior to death. Comparable spending for survivors is computed for a period of the same duration beginning with January 1, 2008. The second spending measure is forward looking for both decedents and survivors and aggregates all spending from January 1 until the date of death or the end of the analysis period. Sensitivity analyses that used a different mortality prediction algorithm and predicted mortality starting from a hospital admission date rather than the first of the year did not change the study’s findings materially. 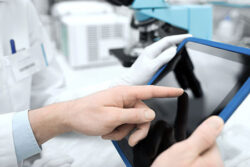