Health insurance marketplaces that enable consumers to choose between competing health plans – such as the ACA insurance exchanges in the United States and similar national systems in The Netherlands and Germany – rely on risk adjustment to improve the accuracy of the premiums plans receive for individual enrollees. If risk adjustment is inadequate, premiums for some enrollees may fall well short of the spending plans incur for them, leaving insurers with high losses and incentives to avoid these enrollees; conversely, other enrollees may be overcompensated, with opposite effects. This study focuses on the “residual” spending differences between actual spending and risk-adjusted premiums, examines the subsets of enrollees for whom insurers are either very dramatically under-or overpaid, and demonstrates how an innovative reinsurance program could significantly improve payment accuracy.

Despite real differences in how the three study countries administer risk adjustments, study findings are strikingly similar across the countries. In all cases, even the sophisticated risk adjustment methods they currently use fail to accurately compensate health plans for the risks represented by specific enrollees. Large losses and large profits on certain enrollees, combined with persistence over time in which individuals are highly under- and overpaid, create incentives that work against an efficient insurance market that has robust participation by insurers and neither favors nor disadvantages individual enrollees. This study demonstrated the important payment improvements that can be achieved across the board by reinsuring against losses for the small portion of enrollees whose care is grossly undercompensated and suggests this reinsurance will not weaken plan incentives to effectively manage care for these very high cost patients. 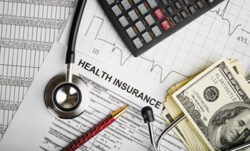