Rising Suicide Rates in the U.S. 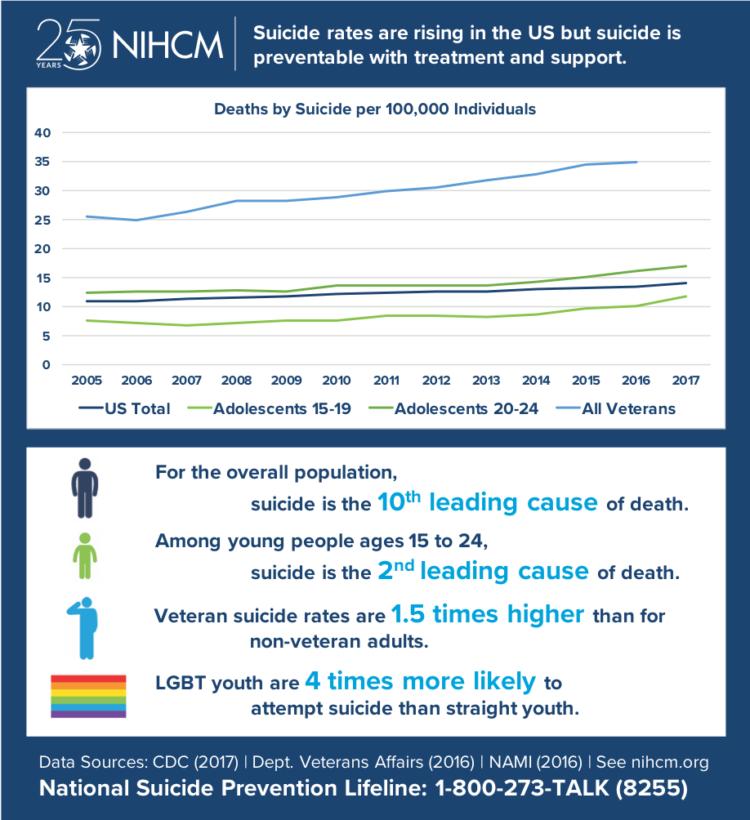 While the numbers are grim, suicide is preventable with treatment and support. You can reach the National Suicide Prevention Lifeline at 1-800-273-TALK (8255).