What Is Driving Price Variation in Private Health Insurance?

Considerable prior work has examined geographic variation in Medicare spending, but much less is known about spending variation for people with private health insurance. This study uses extensive claims data from three large private insurers to provide a national picture of private-sector spending and pricing variation and to delve into the reasons for this variation.

The significant variation in prices observed across and within markets suggests that policies aimed at steering privately insured patients to lower-priced providers could reduce health care spending. At the same time, having hospitals bear more risk for the costs of the care they provide could help to improve production efficiency. Hospitals with greater market power relative to insurers would be better able to resist these efforts. Policymakers need to continue to monitor hospital market power and seek to protect against hospital mergers that could harm consumer welfare.

The data used for this study include the amounts actually paid to hospitals and unique hospital identifiers, permitting analysis of price variation within and across hospitals and markets as well as characterization of the contract mechanisms each insurer used to reimburse each hospital. Price measures included an overall case-mix-adjusted price index for each hospital and hospital- and contract-level prices for seven specific services. The unique hospital identifiers were used to link the claims with other hospital- and market-level data, characterize market structure and identify hospital mergers over time. Cross-sectional regressions examined the relationship between prices and contract arrangements and hospital and insurer market structures. Difference-in-difference analyses examined changes in hospital prices after a merger, relative to price trends at non-merging hospitals. 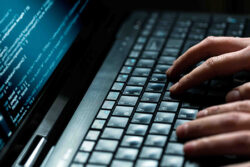 What Health System Characteristics are Associated with Overuse of Health Care in the US?