Outdoor air pollution kills around 4.2 million people worldwide each year. Researchers in the US have suggested air pollution has significantly worsened the COVID-19 pandemic and potentially led to more deaths than if pollution-free skies were the norm. This infographic will explore how different neighborhoods in the same city can have vastly different air quality and what that means for their residents’ short- and long-term health outcomes.

Two Air Pollutants in US: American Lung Association, State of the Air: Health Effects of Ozone and Particle Pollution, April 2020

Relationship Between Air Pollution and COVID-19: Environmental Defense Fund, The truth about coronavirus, air pollution and our health

Where Americans Spend Their Day: Environmental Protection Agency, Why Indoor Air Quality: What are the trends in indoor air quality and their effects on human health?, July 2018

Living Near Factory Farms:"Understanding Concentrated Animal Feeding Operations and Their Impact on Communities," National Association of Local Boards of Health, 2010

Pollution Inequality: “Inequity in consumption of goods and services adds to racial–ethnic disparities in air pollution exposure,” Proceedings of the National Academy of Sciences of the United States of America, March 2019 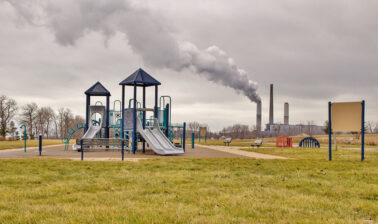