The Stealth Drug Crisis: Rising Burden of Stimulant Use

This infographic delves into an emerging public health emergency involving rapidly rising rates of stimulant use and related overdose deaths, which has been occurring in the shadow of the opioid crisis. The two crises are closely linked, with many overdose deaths involving both stimulants and opioids, particularly synthetic opioids such as fentanyl. Methamphetamine use tends to be higher in non-urbanized areas and presents a heavy burden on law enforcement agencies and hospitals in addition to the very high personal toll on users. While much work is underway to develop new medical treatments for methamphetamine dependence, the current treatment arsenal relies on behavioral therapies.

Notes on Data and Methods

Changes in the prevalence of past-year use of cocaine and methamphetamine were derived from data in the 2015 and 2018 reports of the National Survey of Drug Use and Health (NSDUH) and reflect use by persons age 12 or older. Beginning in 2015, the NSDUH introduced new questions about methamphetamine use (i.e., abuse) distinct from the use of prescription stimulants. It is not possible to examine trends in methamphetamine abuse prior to 2015.

Note that if the reported prevalence rates rounded to one decimal place had been used (0.6 for 2015 and 0.7 for 2018), the change in methamphetamine prevalence would have appeared to have been 16.7%. Rounding error did not make as large of a difference for cocaine prevalence rates.

Data on stimulant overdose deaths were derived from the multiple cause of death files of the Wide-ranging Online Data for Epidemiologic Research (WONDER) data system maintained by the Centers for Disease Control and Prevention (CDC).

Within this group of overdose deaths, the substances involved in the overdose were identified using the multiple cause of death codes: T40.5 (cocaine) and T43.6 (psychostimulants with abuse potential, e.g., methamphetamine).

Because a single death may involve multiple substances, it is not possible to sum across the number of deaths involving specific stimulants to derive the total number of stimulant overdose deaths.

Information on co-involvement of opioids in stimulant deaths was also derived from the multiple cause of death files of the Wide-ranging Online Data for Epidemiologic Research (WONDER) data system maintained by the Centers for Disease Control and Prevention (CDC).

Beginning with the universe of overdose deaths involving, respectively, cocaine or methamphetamine (defined as in Panel 1), the multiple cause of death codes were used to identify instances where specific types of opioids were also involved. Following the classification scheme adopted by the CDC, methadone (T40.3) and natural and semi-synthetic opioids (T40.2) were grouped into a single category for commonly prescribed opioids. Heroin involvement was identified using the multiple cause of death code T40.1, and synthetic opioid involvement was identified using code T40.4 (synthetic opioids other than methadone), which includes substances such as tramadol and fentanyl (both pharmaceutically manufactured and illicitly manufactured).

Prevalence of Stimulant Use by Urbanization

The prevalence of cocaine and methamphetamine use by degree of urbanization is from Tables 1.68B and 1.74B from the 2018 report of the National Survey of Drug Use and Health, reflecting past-year use of the substances by persons aged 12 or older.

Data on emergency department visits and inpatient admissions were derived from the Healthcare Cost and Utilization Project files available from the HCUPnet query tool maintained by the Agency for Healthcare Research and Quality.

Following work by Winkelman et al. (2018), the following ICD-9-CM codes were used to identify amphetamine-related care in 2006. The corresponding ICD-10-CM codes were used for 2016, reflecting the coding system update implemented in 2015.

All available diagnosis codes from the record for the visit or admission were used (not just the principal diagnosis). While the ICD coding system does not permit identification of methamphetamine use distinct from illicit use of amphetamines and nonmedical use of prescription amphetamines, the large majority of care identified by these codes is believed to be due to methamphetamine use.

The long-term health risks of methamphetamine use are widely reported including in a recent fact sheet from the National Institute on Drug Abuse and a comprehensive NIDA Research Report.

Information on treatment options for methamphetamine abuse and the possibility of reversing some of the drug’s neurobiological effects is from a NIDA Research Report, last updated in October 2019.

Data on treatment system admissions are from Table 14.5b of the 2017 report on the Treatment Episode Data Set (TEDS), compiled and maintained by the Substance Abuse and Mental Health Services Administration. TEDS data reflect admissions to substance use treatment systems that receive public funds and/or are licensed or certified by a state substance abuse agency. A given patient may have multiple admissions. Specific data shown in this graph reflect the percent change between 2007 and 2017 in per capita treatment system admissions rates for people aged 12 and older for whom methamphetamine or amphetamine was the primary substance associated with the admission. 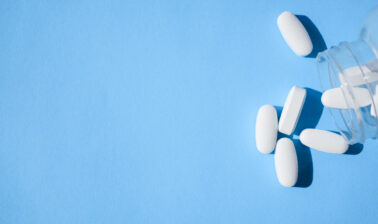 Growing Challenges of Substance Use, Treatment & Recovery During COVID-19

Visualizing the Impact of the Opioid Overdose Crisis