Home > About Us > Leadership Award 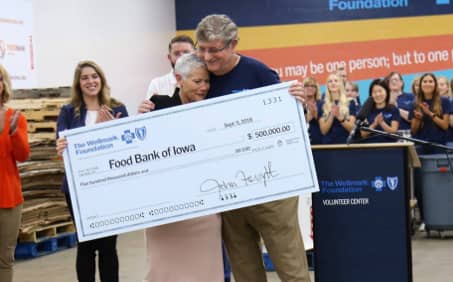 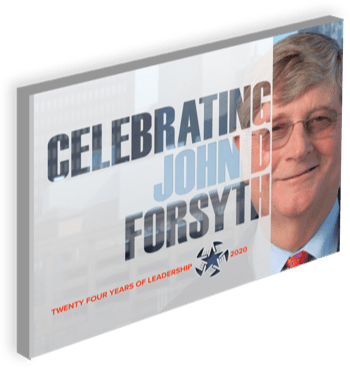 The impact of John Forsyth’s near quarter-century career at Wellmark, Inc. will be felt by generations of Iowans who may enjoy better health because of his many achievements. As an industry leader and visionary, Forsyth’s ideas often became a model for health care executives nationwide. Throughout his career, he has been known as someone unafraid to challenge conventional wisdom and pioneer creative solutions to improving health for all. A strong and independent thinker, Forsyth built Wellmark into one of the leading health insurance companies in the country. During his 24 years as CEO–the longest serving CEO at Blue Cross Blue Shield nationally–Wellmark’s medical trend and administrative costs ranked among the lowest in the nation and membership grew by more than 60 percent. Yet, some of Forsyth’s most memorable accomplishments may well be those that grew out of his passion for listening to all voices and promoting diversity, inclusion and education, along with the health of his community.

The Uwe E. Reinhardt Outstanding Leadership in Health Care Award is named for a legendary economist and former NIHCM Advisory Board Member, who was often called “a national conscience in policy debates about health care.” Forsyth is the ideal recipient of an honor named to commemorate Reinhardt’s work. Forsyth grew the Wellmark Foundation into the largest, health improvement-focused foundation in Iowa, providing grants of more than $26 million since 1997, including projects addressing food insecurity and initiatives to encourage physical activity. In 2006, he formed the Wellmark Inclusion Council, making the company the first in the nation to offer benefits to domestic partners. He also partnered with Urban Dreams and Des Moines Public Schools to form the Beacon Program, an innovative high school internship initiative that provides students an opportunity to learn as paid interns at Wellmark.

As a NIHCM LLC and NIHCM Foundation Board Member, and former Board chair, Forsyth was always a committed champion of the Foundation’s mission to improve health care across the population. When he became a Wellmark CEO in 1996, he attended just one NIHCM meeting and he was so impressed, he went on to become NIHCM’s longest serving member, providing wise counsel and support over 24 years that helped the organization become incredibly successful at educating health care leaders who can drive action in part because of the evidence base that NIHCM provides. Forsyth’s career includes 26 years at the University of Michigan, ultimately becoming President and CEO of the prestigious University of Michigan Health System. He also serves on the board of the Iowa Business Council, and has been a board member of a number of state and national organizations, including the Greater Des Moines Partnership and the United Way of Central Iowa. In 2017, Forsyth was also inducted into the Iowa Insurance Hall of Fame. He received the 2019 Outstanding Iowa Advocate Award and was presented with the 2020 Ally Award at the 2nd annual dsm LGBTQ Legacy Leader Awards. He holds a bachelor’s degree in business administration and a master’s degree in economics from Michigan State University.

The Outstanding Leadership in Health Care Award was established in 2006 to recognize exceptional leaders who have made significant contributions to health care through public policy, industry, government or humanitarian work. In 2017, the award was renamed in honor of the late Dr. Uwe Reinhardt, a renowned health economist who served as an advisor to NIHCM from 1996 until his passing. He left a profound mark on the work we do and the culture we strive to create. 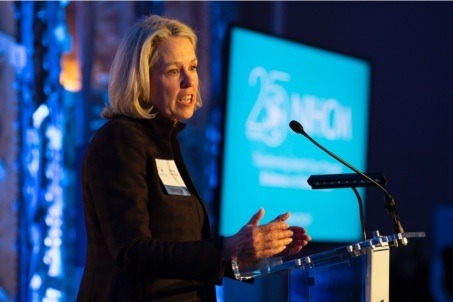 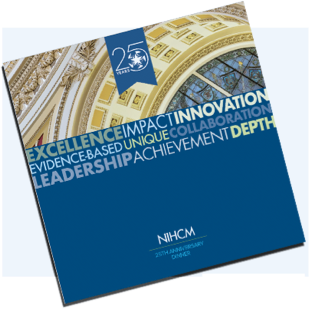 Nancy Chockley is the founding President and CEO of the National Institute for Health Care Management (NIHCM). In the early 1990s, Chockley recognized a need for an organization that could bring business leaders together with policy makers and other experts to lower health care costs and improve quality. She pitched the idea to an outstanding group of forward-looking health plan CEOs, and with their leadership and support, NIHCM LLC was incorporated in 1993. Today, members of the NIHCM Board insure more than 40 percent of commercially insured Americans and have a combined revenue of over $250 billion.

Chockley has long appreciated that researchers and journalists play a critical role both in identifying and evaluating issues, and in educating decision-makers and the general public. In 1994, she launched the NIHCM Awards for exceptional research and journalism in health care to encourage a sustained commitment to the health care field.

In 1998, she led NIHCM through a reorganization to maintain the LLC while launching NIHCM Foundation. Through the Foundation, NIHCM has pursued an agenda to build brighter futures for women and children in partnership with the federal government. Chockley has broadened the Foundation’s focus over the years to build the evidence base for health policy on a wide range of issues and to promote collaboration across sectors.

Chockley is a national voice in the health care arena and has been featured on numerous national broadcasts such as ABC, NBC, BBC and CNN, and in print outlets such as The Wall Street Journal, The New York Times, USA Today and The Washington Post. Best known for NIHCM’s work on prescription drug pricing, she has testified before the Senate, and NIHCM has been featured in hundreds of news stories.

Prior to founding NIHCM, Chockley was a principal in a strategy firm that is now part of Oliver Wyman. She advised CEOs and senior executives, some of whom became initial NIHCM board members. She received her MBA and her BA, with Distinction in Economics, from the University of Virginia. 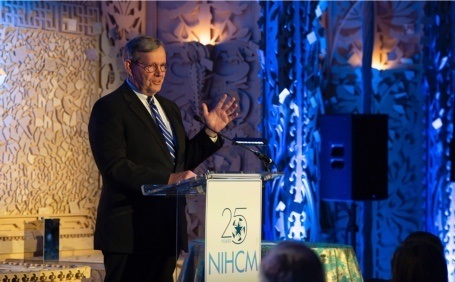 Mike Leavitt is the founder of Leavitt Partners where he helps clients navigate the future as they transition to new and better models of care. Previously, he served in the Cabinet of President George W. Bush (as Administrator of the Environmental Protection Agency and Secretary of Health and Human Services) and as a three-time elected governor of Utah. At HHS, Leavitt administered a $750 billion budget — nearly 25 percent of the entire federal budget — and 67,000 employees. He led the implementation of the Medicare Part D Prescription Drug Program. The task required the design, systematization, and implementation of a plan to provide 43 million seniors with a new prescription drug benefit. By the end of the first year, enrollments exceeded projections, prices were lower than projected, and seniors expressed high levels of satisfaction.

Collaborator is a word that comes up repeatedly when one examines Leavitt’s background. His skill led his colleague governors to elect him as chairman of the National Governors Association, the Republican Governors Association and Western Governors’ Association. His book—Finding Allies, Building Alliances—was released in September 2013 by Jossey-Bass Publishers and chronicles his expertise and passion for collaboration. Leavitt also serves on the advisory board of the National Institute for Health Care Management. 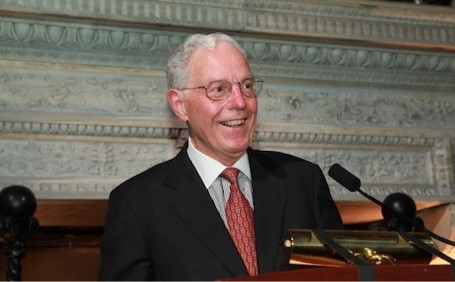 Uwe E. Reinhardt, PhD, was the James Madison Professor of Political Economy and Professor of Economics and Public Affairs at Princeton University where he has taught since 1968. His legendary ability to explain complex concepts with both wit and clarity was prized by his students and professional colleagues alike. Dr. Reinhardt brought his deep expertise in health policy to numerous advisory roles at the state, federal and international levels including the Clinton White House, the World Bank, the Physician Payment Review Commission, the Veterans Administration, the United States Department of Health and Human Services, and the New Jersey health reform commission. He was also the longest serving member of NIHCM Foundation’s Advisory Board.

A prolific writer and original thinker, Dr. Reinhardt continually advanced the fields of health economics and policy through his academic research, his many publications and his loyal service to the research community. He was a member of the Institute of Medicine of the National Academy of Sciences since 1978 and was a director of the National Bureau of Economic Research, as well as a past president of the Association for Health Services Research. He was an editorial board member for the most prestigious economics, health policy and medical journals in the country including the New England Journal of Medicine, the Journal of the American Medical Association, Health Affairs, The Journal of Health Economics and the Milbank Memorial Quarterly. He continued to inform policy and the public as a regular contributor to The New York Times Economix blog and through frequent speaking engagements. 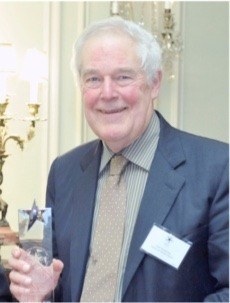 Through four decades of landmark research, Jack has played a pivotal role in reshaping how health care is delivered in the United State. He is well known as the founding editor of The Dartmouth Atlas of Health Care, which examines the patterns of medical resource intensity and utilization. Since its founding by Wennberg in 1996, the Atlas project has reported on patterns of end-of-life care, inequities in the Medicare reimbursement system, and the underuse of preventative medicine, among other topic areas.

In 1988, Wennberg founded The Dartmouth Institute for Health Policy and Clinical Practice (then the Center for Evaluative and Clinical Sciences), recruiting an international body of scholars and health care researchers to study this new field. In 2005, the readers of Modern Physician, Modern Heathcare’s sister publication, voted Wennberg one of the 50 Most Powerful Physician Executives in Healthcare. He is the author of numerous research articles, many of which are in his anthology, as well as of the book “Tracking Medicine: A Researcher’s Quest to Understand Health Care,” which provides a framework for understanding and remedying the U.S. health care crisis. 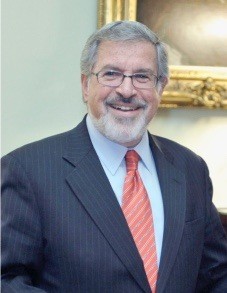 Leonard’s expansive career encompasses government service at the state and federal level, executive positions at several companies and dedicated service to numerous public policy, philanthropic and professional organizations. His career in government service began first in his home state of Illinois, at the Department of Mental Health/Developmental Disabilities and the Bureau of the Budget. Then, here in Washington, during the Carter administration, Leonard served in the Department of Health, Education and Welfare as the Assistant Secretary for Management and Budget and later as the administrator of the Health Care Financing Administration, now known as CMS.

He then turned his attention to the marketplace, where he took over a near-bankrupt Blue Cross of California and turned it into one of the most successful, highly regarded health care organizations in the country. In 1986, Schaeffer was recruited as CEO to WellPoint’s predecessor company, Blue Cross of California, when it was near bankruptcy. He managed the turnaround of Blue Cross of California and the IPO creating WellPoint in 1993. Under his leadership, WellPoint has been named by FORTUNE magazine as America’s “Most Admired Health Care Company” for an unprecedented six consecutive years and by Business Week as one of the fifty best performing public companies for three consecutive years. His interest and dedication to health policy was evident in his leadership of the National Institute for Health Care Management Foundation, where he played an integral role.