Home > Topics > How Much Diagnostic Imaging Is Inappropriate and What Does It Cost?

How Much Diagnostic Imaging Is Inappropriate and What Does It Cost? 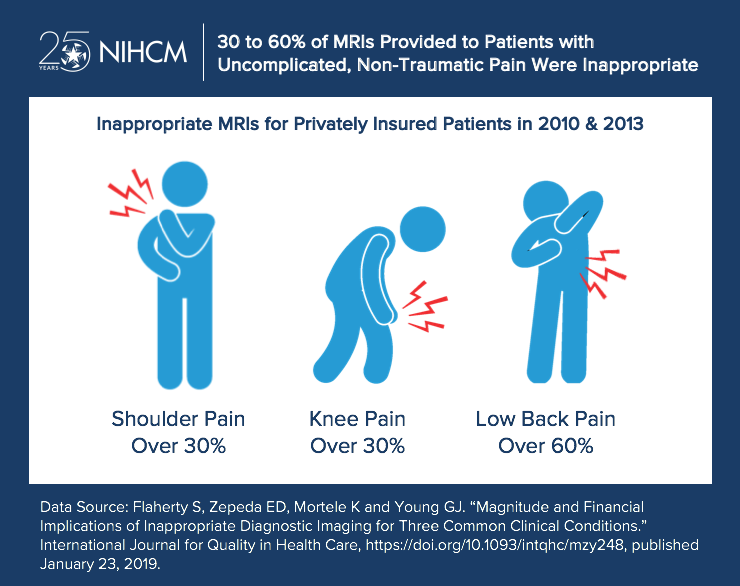 Overall utilization of diagnostic imaging procedures has been increasing rapidly in the U.S., and we now spend well over $100 billion on these procedures each year. At the same time, evidence is mounting that a nontrivial portion of this care is provided inappropriately, conferring little value to patients and perhaps causing harm. This study expands that evidence base by examining the extent of inappropriate diagnostic imaging for three common conditions within a large group of commercially insured adults in Massachusetts.

A number of factors may be related to the inappropriate use of diagnostic imaging procedures, including low awareness or use of ACR guidelines among providers, patient beliefs that all imaging is beneficial, defensive medicine, high levels of imaging capacity and financial incentives facing providers. Initiatives that may address some of these factors include pre-authorization requirements, efforts to improve knowledge and uptake of appropriateness guidelines, and incenting patients to be more judicious consumers by increasing their cost sharing. More research is needed to understand the drivers of inappropriate imaging as well as the extent to which proposed solutions will be able to trim inappropriate use.

This study used commercial claims data from Massachusetts to assess the appropriateness of MRIs and X-rays provided to healthy adult patients first presenting with uncomplicated low back pain or non-traumatic knee or shoulder pain. Inappropriateness of diagnostic imaging received within 30 and 60 days of the visit was determined by whether or not the care adhered to the imaging guidelines of the American College of Radiology (ACR). The researchers also assessed how frequently patients with MRIs underwent surgery within 90 days. Chi-squared tests were used to compare rates of inappropriate imaging over time and whether follow-up surgery rates differed by whether the MRI was appropriate or not. Costs of inappropriate care were computed net of the costs of care that would have been appropriate. 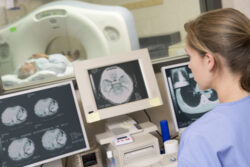